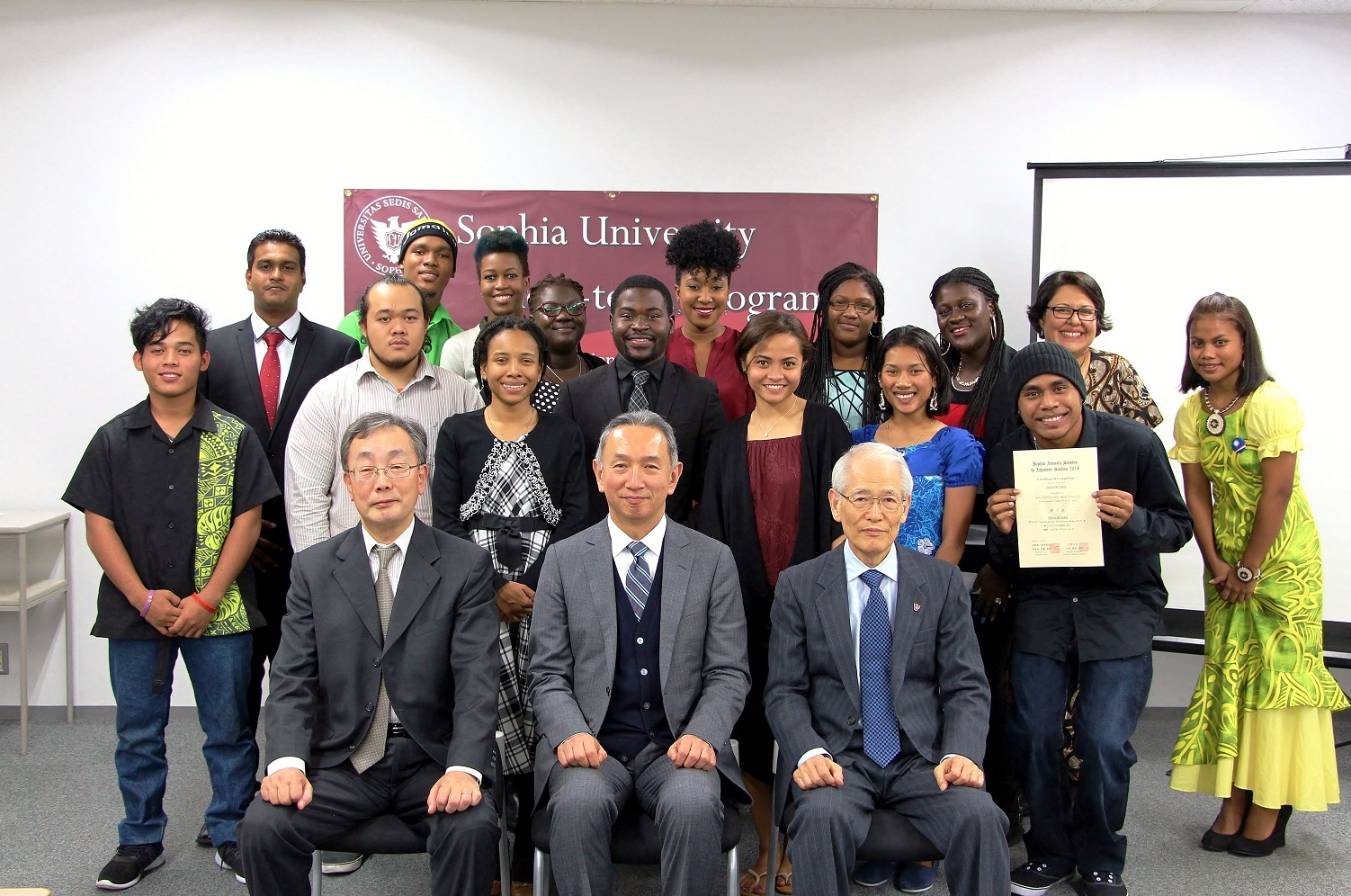 Sixteen students from the Pacific and Caribbean Islands came to Japan for approximately one month from January 8th to February 1st, 2018. During their stay in Japan the students participated in “January Session in Japanese Studies” hosted by Sophia University.

This program is a continuation of the same program from last year, and this session marks the third time the program has taken place. In addition to taking a required Japanese language class, they had the option to choose from two subjects of the following: ‘Japanese Companies and the Economy’, ‘Media and Current Events in Japan’, ‘Japanese Education’, and ‘Modern Japanese Culture and Society’. In order to deepen the students’ understanding of Japanese culture, economy, society and the like, the syllabus included fieldtrips to Japanese elementary and middle schools, interviews with Japanese, and presentations.

Outside of school the students visited places such as Minato Mirai in in Yokohama, Sahara in Chiba, and Kamakura. They also went to the Suginami Animation Museum and learned about the history of Japanese cartoons, broadening their knowledge on both the traditional culture of Japan and its pop culture. Many students visited popular spots in Tokyo such as Shibuya, Shinjuku, and Akihabara after classes ended on the weekdays during their limited time in Japan. They also enjoyed dinner events hosted by Sophia University students, eating shabu-shabu and trying their hand at making takoyaki. This was a good experience for Japanese and exchange students to spend a fun, delicious evening together.

On the last day of the program, the students gave a final presentation on their experience in Japan, and at the end received completion diplomas, with a farewell reception following. The students gave their self-introduction in Japanese that they had learned in their classes, and showed photos of and talked about the places they visited and interesting observations they made during the program. Some students remarked on the vastness of the Tokyo subway system and the complicated line transfers; some students remarked how surprised and happy to see snow for the first time in their lives while in Japan. The students were happy that the program not only focused on classroom studies, but also on experiencing “living Japan” through doing and visiting. During their presentations, the students expressed their appreciation for the opportunity to stay and study in Japan, adding to the meaningfulness of the program. 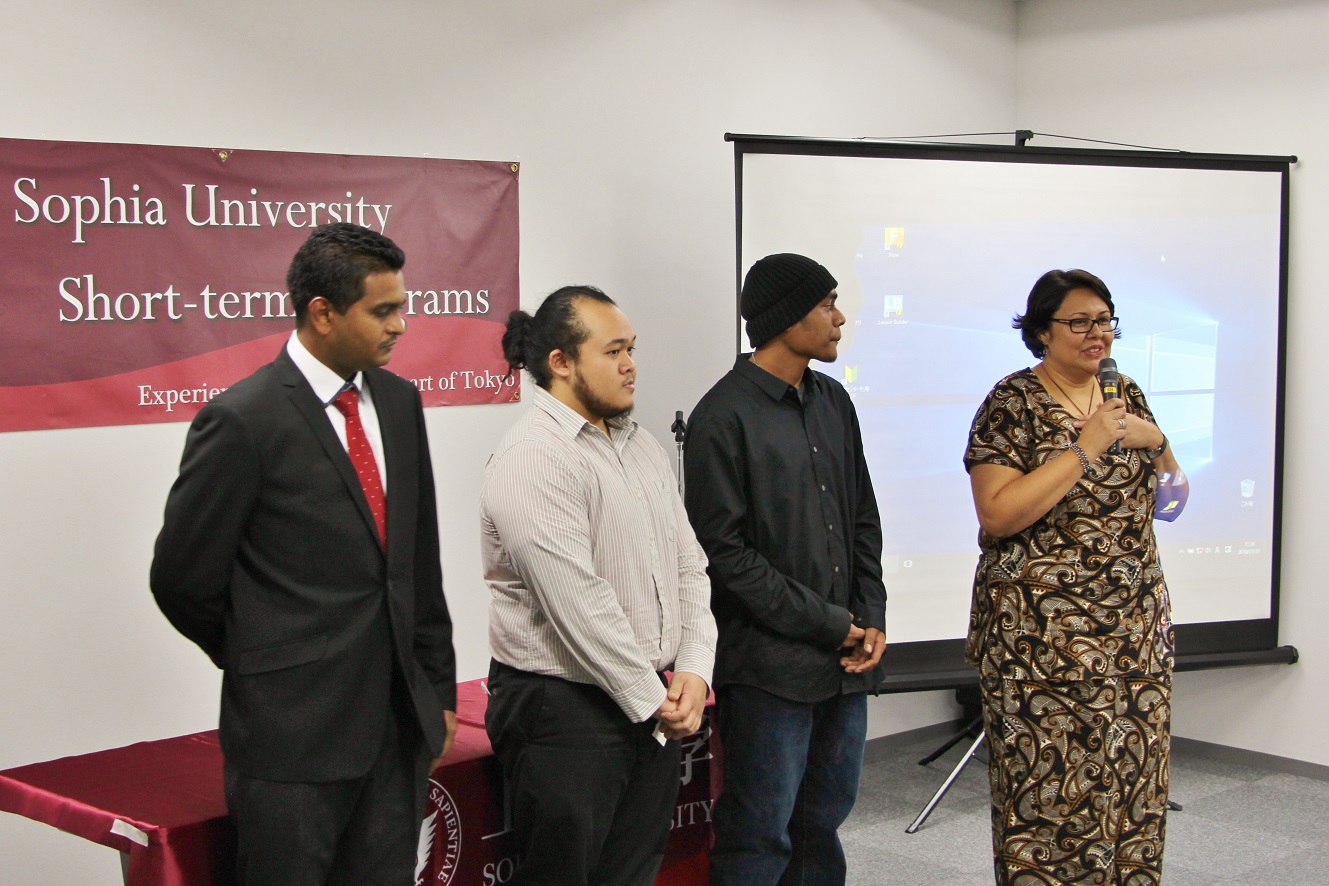 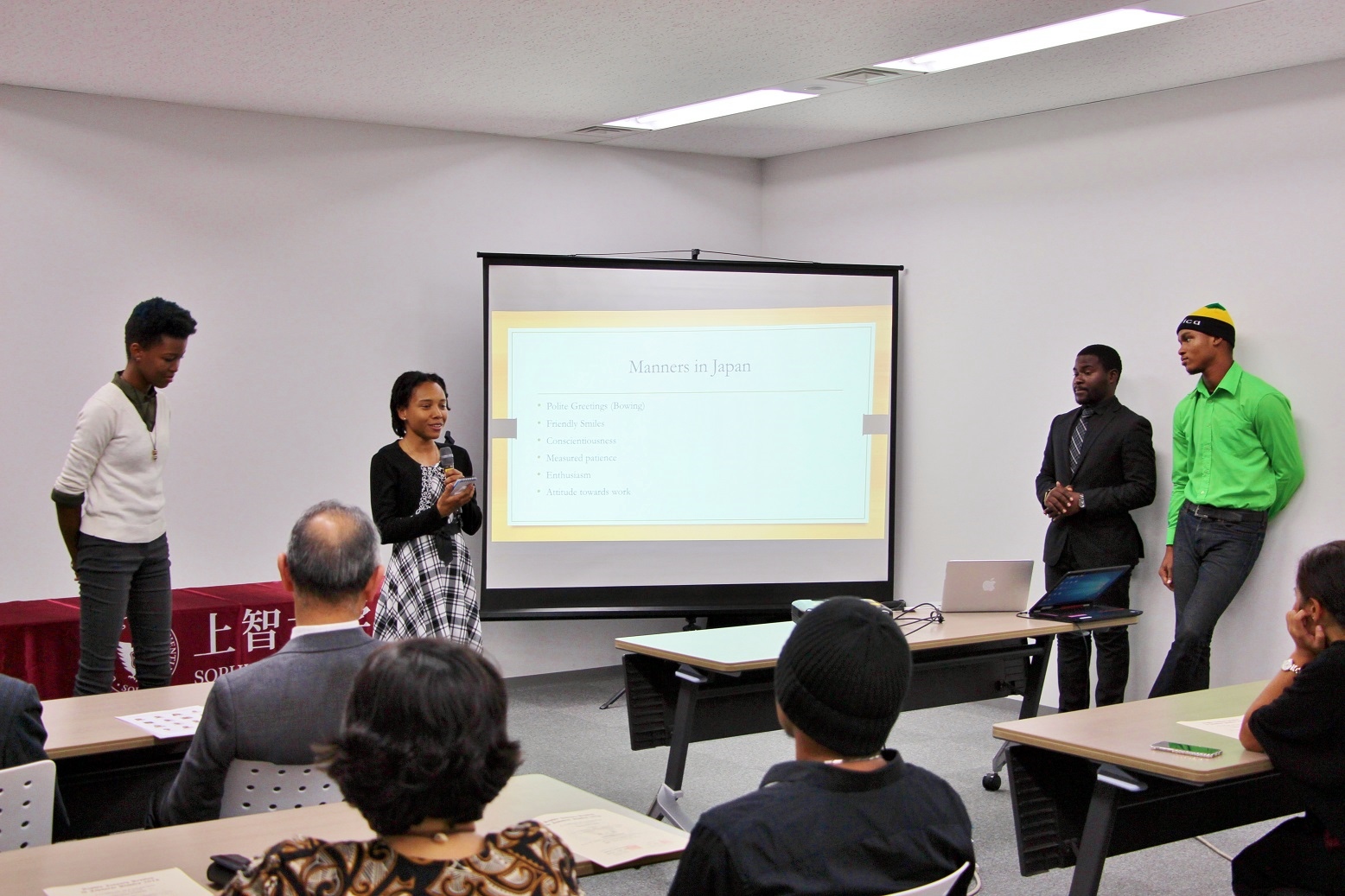 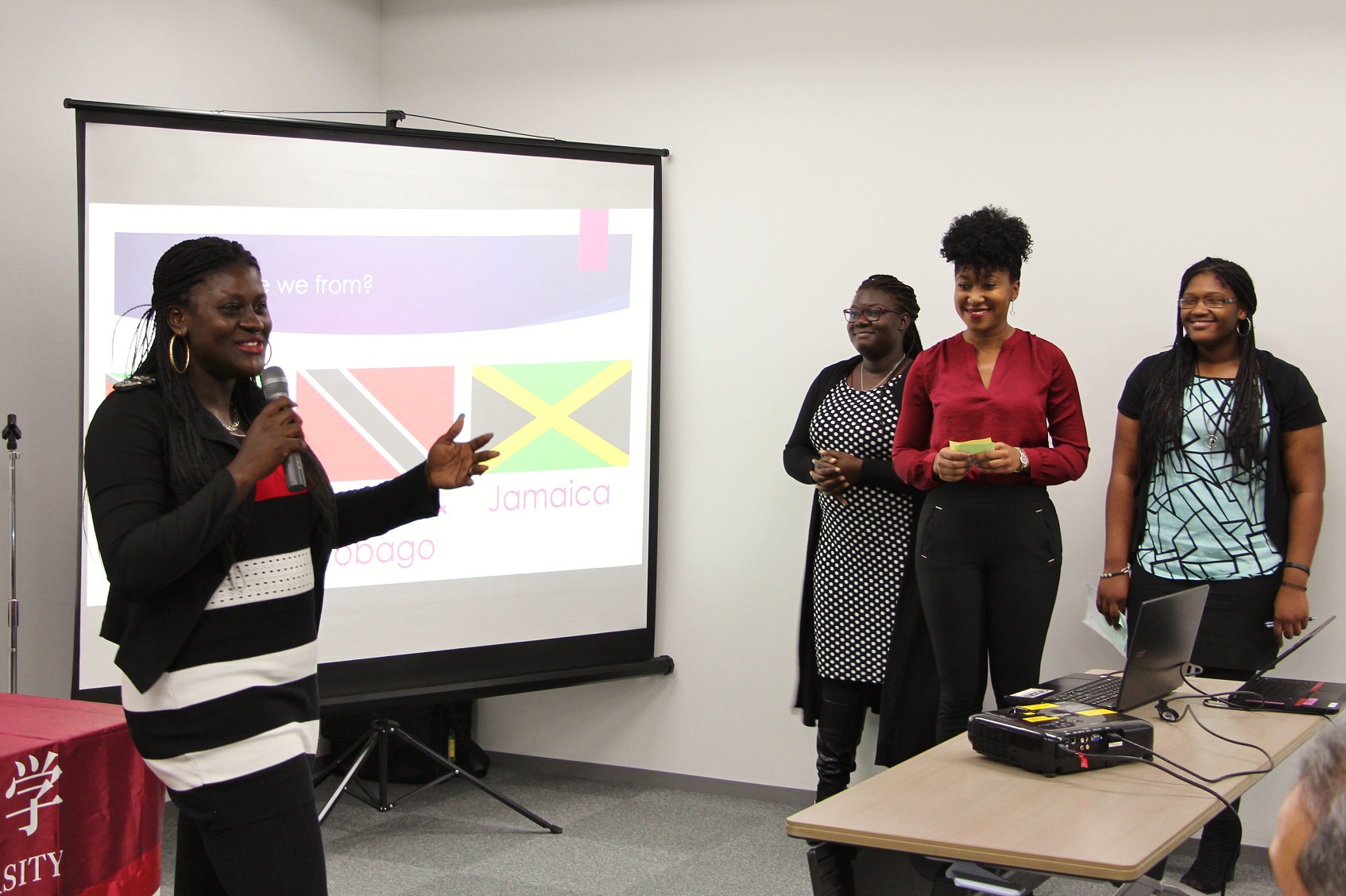 
After the students’ presentations, President of Sophia University, Mr. Terumichi handed each student their completion diploma. At the reception following the ceremony, people whom the students met during their travels in Japan gathered together to say goodbye one last time.

The third Pacific Islands and Caribbean Student Invitation Program ended in a huge success, with active discussion between students, giving a good chance for both Japanese students and exchange students to deepen their understanding on various topics. Hopefully the students will take back what they have learned while in Japan to their home countries and put their new knowledge to practical use. APIC will continue to hold programs such as and including the “Pacific Islands and Caribbean Student Invitation Program” to further serve to education youth, and to promote international co-operation between Japan and the international community.