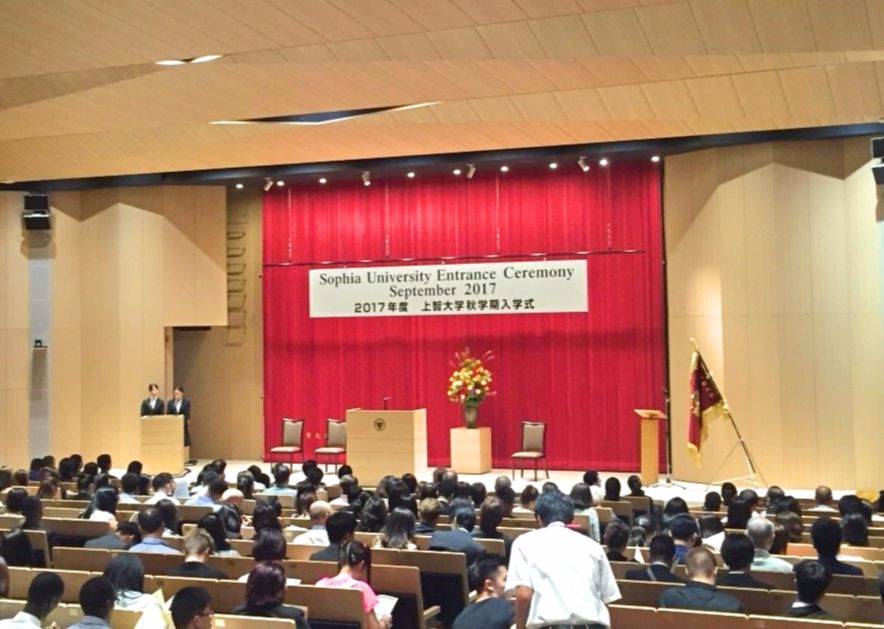 On September 21st, the 4th group of Xavier exchange students attended the Fall semester opening ceremony at the Yotsuya campus of Sophia University. Those who attended were Ms. Liana Preston-Irons and Mr. Shaun Mingii. At the same ceremony was Ms. Bertha Reyuw and Mr. Bradford Mori, both of whom will be studying at the graduate school of Sophia University. 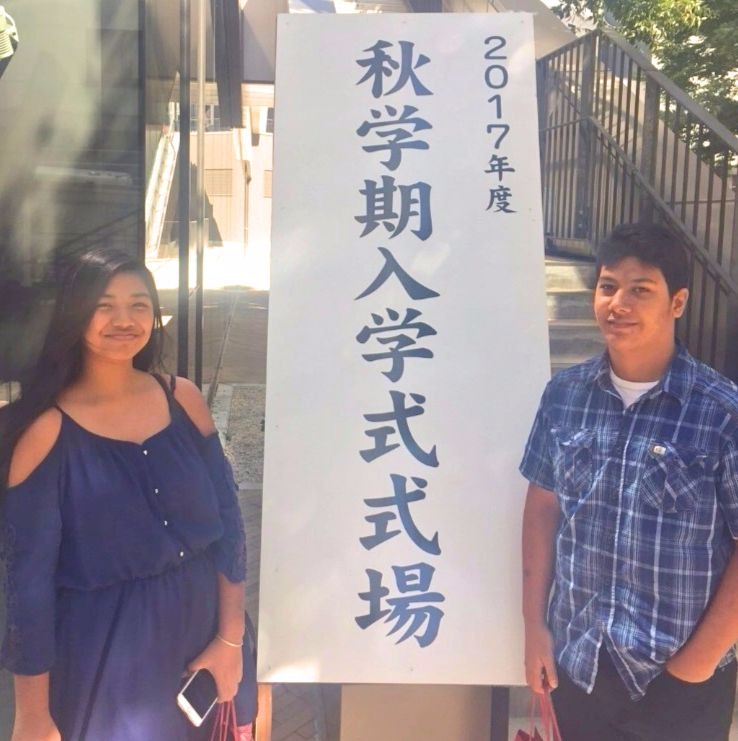 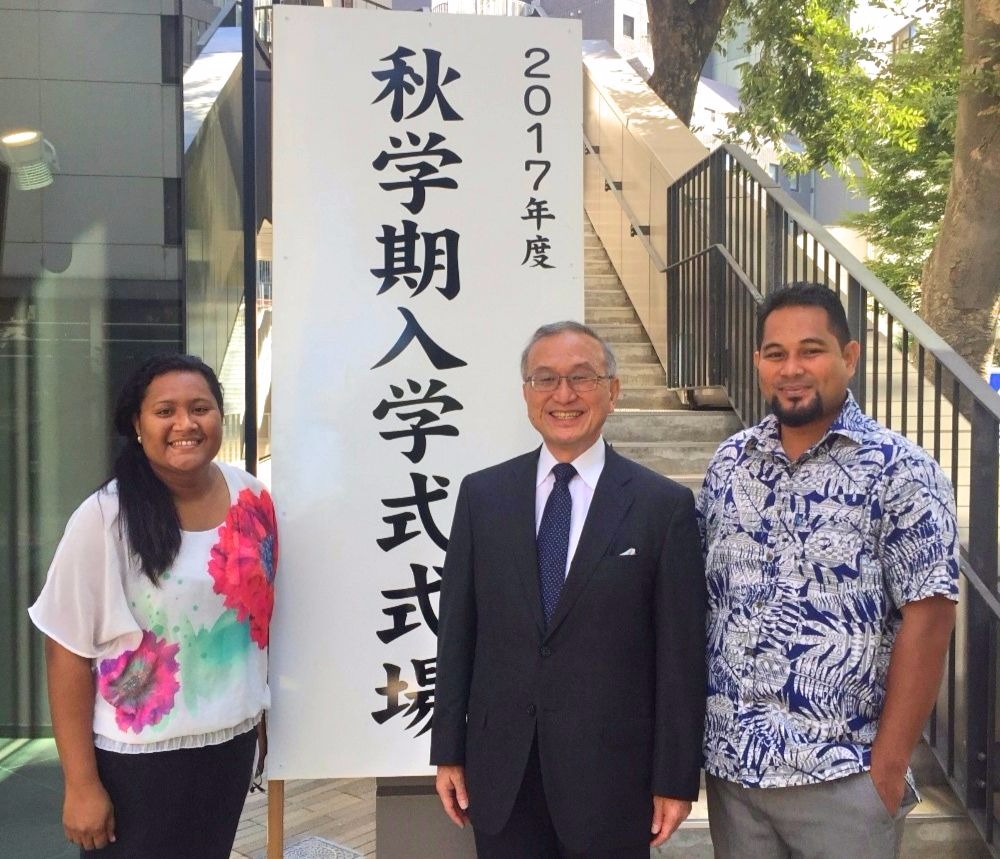 The two new graduate students will be studying at Sophia University Graduate School under the agreement that APIC and the Micronesia Conservation Trust have founded. One of the main purposes for its founding is to develop human resources in the area of environmental protection. APIC has joined hands with MCT and put in effort into programs such as “The Clean Water and Lifestyle Improvement Project” to help protect and improve the Micronesian environment. The program with Sophia University will aim to produce graduates who will be active in shaping environmental policies by providing a high level of field-specific knowledge during their studies.

APIC hopes to provide support to students from the Pacific Islands region who are new to Japan.