Interview: Mr. Dane Miller, Graduate of the University of the West Indies 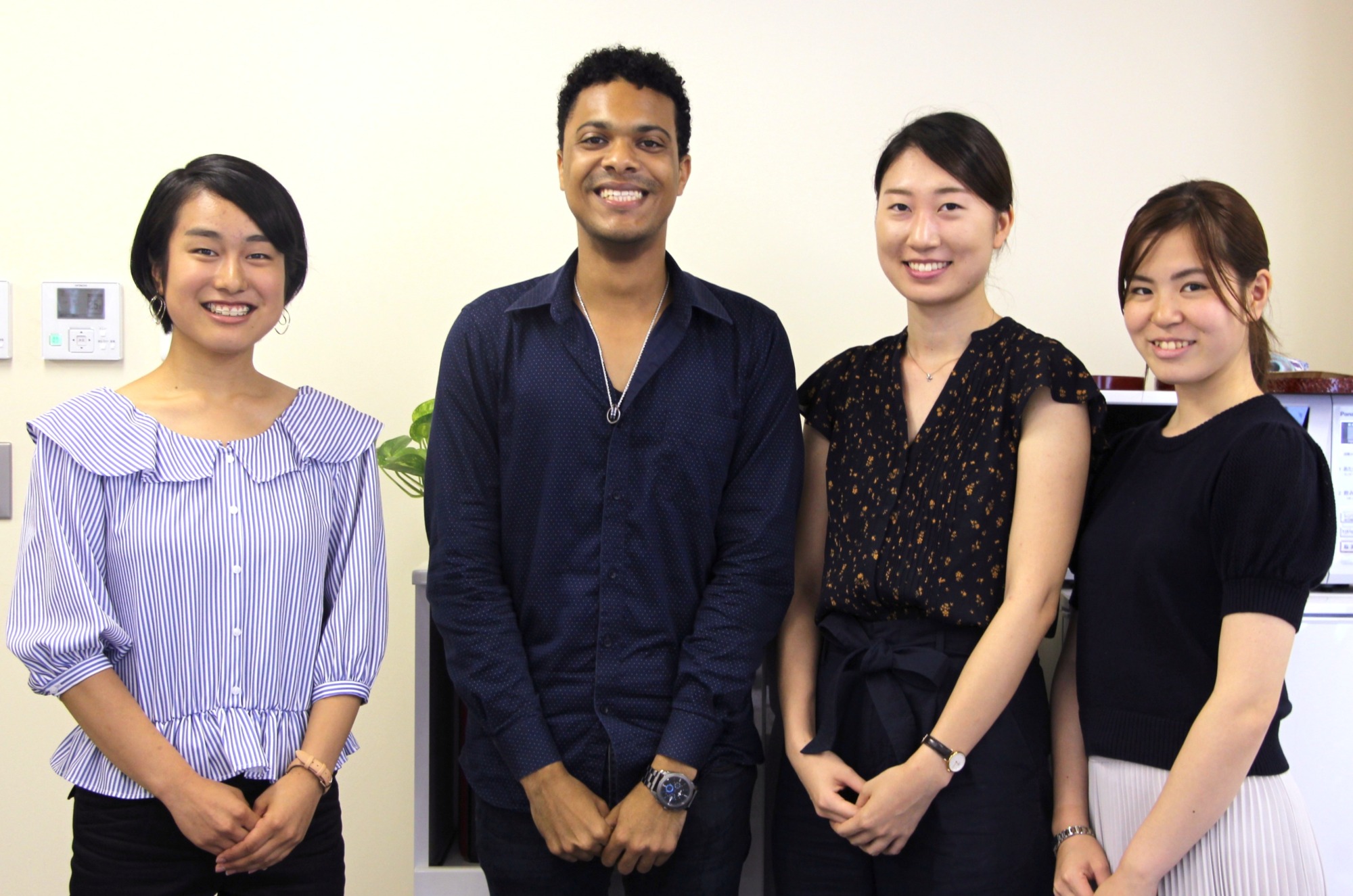 Dane Miller is a graduate of the University of the West Indies (UWI) Mona Campus, and a participant in the Pacific & Caribbean Student Invitation Program 2016. He came to Japan in April 2018 to pursue his graduate studies. In this interview we asked him about why he chose to come to Japan among other topics. (Date of interview: August 3rd 2018. Interviewers: APIC interns Ms. Nakamura, Ms. Fujisaki, Ms. Moriuchi. Japanese translation by APIC).

Q1. Please tell us a little about yourself.

Hello everyone, my name is Dane Miller. I am from Jamaica, and from the time I was little I loved math, and with the influence of my father I was attracted to the IT field and started studying. I admired my father who could solve a variety of problems with his skill set. I originally set out to be a robot engineer at the University of Jamaica, but two years after I entered the IT field major, I discovered the new path of becoming a programmer. Afterwards, I received the Japanese Government Scholarship, and started studying at the Tokyo Institute of Technology in April 2018.

Q2. What are you studying at your current institution, the Tokyo Institute of Technology?

I am learning about AI (artificial intelligence) in the area of healthcare, especially the use of it in physical therapy. I am mainly researching about engineering regarding the interaction between humans and computers in healthcare. While there are many different approaches to this research, in my lab we focus on using virtual reality to aid in gait training.

Q3. Why are you particularly interested in the technology, specifically the AI and computer science field?

Like I said before, I really liked math from a young age. I liked it because there is always an answer to a problem, and I enjoyed finding the answer to math problems. This is still true today, and it’s why I became interested in computer science. However, there’s a different reason as to why I became interested in AI I the field of computer science. I have friends who became doctors, and whenever I would hang out with them, I would always compare myself to them. Why are they saving people’s lives and I’m just a programmer? Then I started to think about ways to save people’s lives without being a doctor, and as I started to learn more about IT, I started thinking that AI could lend a helping hand in saving people’s lives. I also like that AI in physical therapy, unlike in the operating room, has a small risk. I am currently researching about the use of AI in the rehabilitation of patients with Parkinson’s disease.

Q4. Why did you choose Japan to study computer science?

My mother wanted me to go study in America, which was close to Jamaica. However, I had no interest in other countries except Japan, and I heard that Japanese universities had expertise in the computer science field. I had also participated in APIC’s Pacific & Caribbean Student Invitation Program two years ago, which was my first time in Japan, spending about a month studying at Sophia University, which drove my love for Japan even higher. It was a valuable experience which made me strongly feel that I have to return at least once to Japan. I can’t fully express my gratitude to APIC for providing this opportunity.

Q5. Please tell us about your life in Japan.

Japan is a nice country. It’s safe, clean, people are kind, and the food is really good. Living is convenient, too. There are tons of convenience stores and vending machines, and it surprised me how trains come on time.
What I felt was surprisingly hard when I first started living in Japan was communicating with Japanese people. Before I came to Japan I thought that I would be able to make lots of Japanese friends, but it wasn’t exactly so. I don’t have many opportunities to talk with the Japanese students since most of them don’t speak English, and my Japanese isn’t great. But I haven’t given up, and I am trying to do my best to talk with them, like trying to be outgoing and say hi to them.

Q6. What prompted you to participate in APIC’s Pacific & Caribbean Student Invitation Program? Please tell us your thoughts about the program.

The biggest reason why I participated in APIC’s program was because I loved Japanese culture. When I was in high school, I learned origami, which got me interested in Japanese culture. During the program I took a lecture on Japanese society and experienced Japanese culture, which allowed me to get to know different sides of Japan. On top of that, I was able to realize what Jamaica needs now after comparing both countries from various viewpoints.

I think there is high value in participating in APIC’s programs for many of the international students, including myself. This is because I believe that by participating in the program you can realize a lot of things, and by giving back to your home country you can contribute to the development of your homeland. After I returned to Jamaica, I introduced APIC’s program to my friends, and they seemed to be really interested in it. Currently all the students studying in the Japanese class at my university know about APIC’s program. 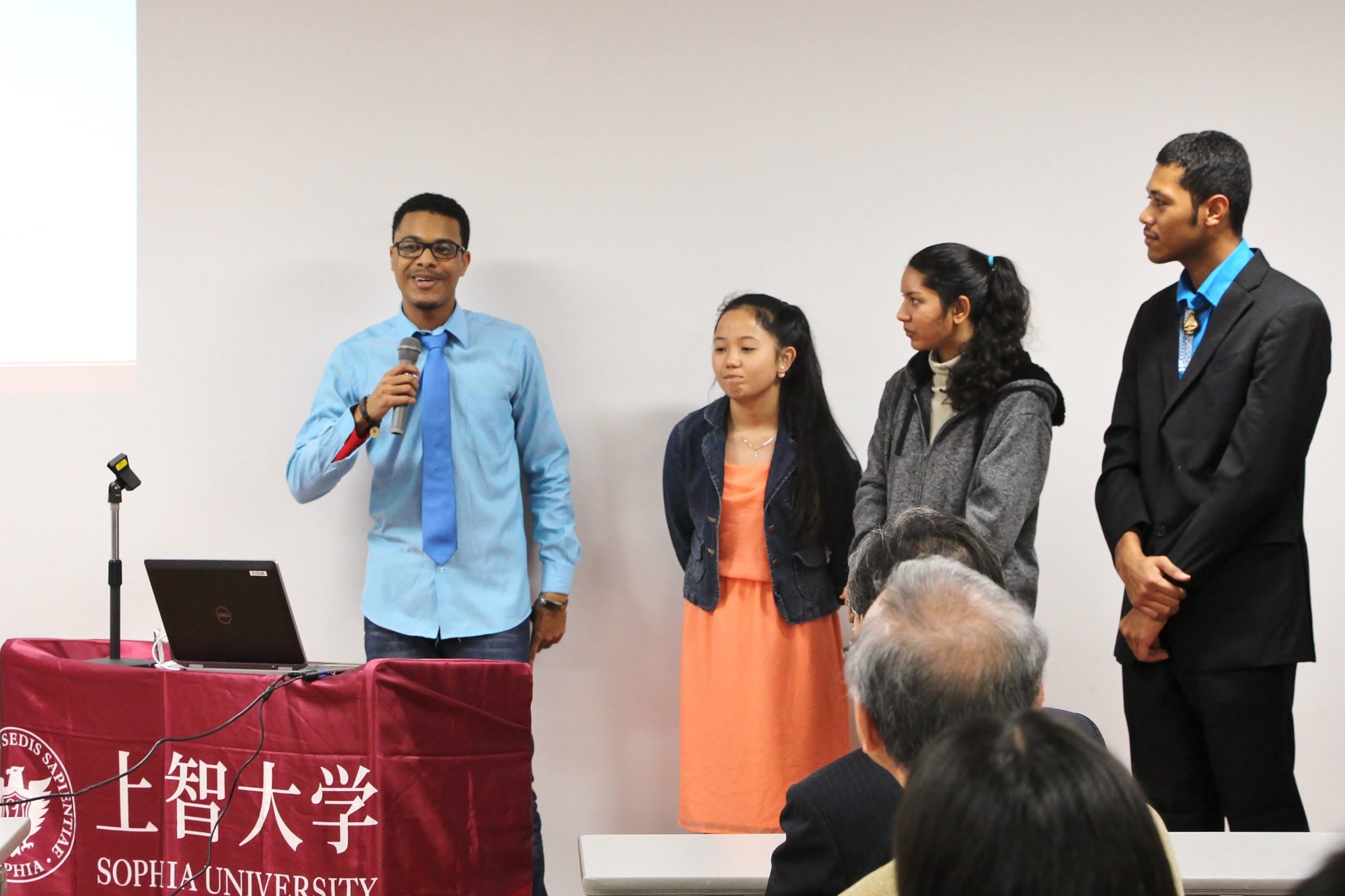 Q7. You are always giving your best efforts in terms of grades and programming events. What is your motivation?

I don’t have anything in particular that motivates me, but what’s always in the back of my mind is that not so many people are fortunate to have the opportunities that I do, which is why I always give my best. I also don’t want to disappoint my parents and those who have high hopes for me. I want them to say ‘Wow! Dane can do such amazing things!’.

Q8. Do you have any concrete ideas or plans about your future after graduating?

The University of the West Indies
(UWI)
UWI is an English-language university catering to the 17 countries and regions of the West Indies. There are three main campuses (Mona, Jamaica; St. Augustine, Trinidad & Tobago; Cave Hill, Barbados), and a distance learning campus called Open Campus. It is the oldest English-language institution of higher learning in the Caribbean, producing talented graduates from a variety of fields.