APIC’s intern students conduct at least one interview with an APIC director and/or trustee during their internship, which is then published in APIC’s bi-annual members magazine. This time the interns asked APIC director and chairwoman and executive director of Yacmo Co. Ltd. Mrs. Isako Funaki for an interview regarding her rotary work, her view on international cooperation, and a message for the younger generations. (Interns: Ms. Baba and Ms. Takei of Sophia University)

Q.1. What is most important to you when working in the field of international cooperation?

‘Perseverance’ is what I believe is most important. I have visited Chuuk, Micronesia many times, and the people there were saving and using rain water not only for drinking, but for laundry and other uses. However, because of the adverse effects of global warming in recent years, water became scarce and newborn infants were dying because of the drought. Being an island country, it is rich in seawater, but unfortunately it can’t be used for drinking. With the support of the rotary club, we developed a machine that turns seawater into freshwater for drinking. This was called the Rotary Club’s Chuuk Islands Seawater Distillation Machine Installation Project. We were able to manufacture the machine for one tenth of the price of Japan in China, and then gave the distillation machine to the State of Chuuk as a donation, and I was the one who explained how to use the machine to the locals. After that, we were relieved to hear that it had started raining again. I thought that our machine wasn’t being used any more and was thrown away, but when I visited again it was still being used! The machine was being reused to produce salt and preserve fish they had caught. By preserving fish, they could sell it and make money. The remote island has no electricity and no base industries, so this project gave the residents not only one beneficial project, but two. The project started out with helping the imminent problem of infant deaths, but also helped support the islands’ industry. Through this experience, I realized that perseverance is important in the field of international cooperation. Perseverance is especially important in regards to the Xavier High School Exchange Student Scholarship Fund. Rather than relying on one-time donations to the fund, it is important to think about how to persevere and receive continuous donations.

Q2. What beliefs were important to you when you were Governor of the Rotary International District 2750?

Changing with the times, and revitalizing our activities. In order to keep up with diversity of late, we needed a new breeze in the club. In other words, we needed more young people. After the earthquake and tsunami in Fukushima, many young people went to volunteer their time and efforts in helping rebuild the region. I believed that it was essential to listen to and to take into consideration the views and opinions of the younger generations who held a challenging spirit and made valiant efforts. Thus, I made six new clubs, changed the time of our regular meetings from the afternoon to early morning and night, and in order to help connect people all over the world held meetings online so everyone could participate.


*The Governor performs duties under the watch of Rotary Director’s Club and is the leader of the district’s Rotary International.

Q.3 What are your feelings about working with the Xavier High School Exchange Student Scholarship Fund?

In the island nation of Micronesia, there are children who cannot go to school because there is no boat that takes them there. They cannot learn to read and write and take classes. I provided one way to alleviate this plight by bringing solar panels to the remote island so that electricity would be available, and gave computers for educational purposes. Through my experience, I have a strong wish for the students of Xavier to see the world, and for their experiences overseas to be what triggers them to start thinking about how to bring peace in their country. This is why I am very happy to see the Xavier students coming to Japan, and so it’s with this wish that I am supporting the Xavier High School Exchange Student Scholarship Fund.

Q.4 What do you think is necessary for us university students in order to become active independents in contributing to the world?

I believe that it is important not only to think with your head, but to also put thoughts into action. For example, when a strong typhoon hit the Philippines three years ago, I not only took in the news, but I left Japan and visited the site of the damage. The badly hit areas were just a pile of rubble, with a high death toll. The sight filled me to tears. I then asked a mayor of one of the towns what they wanted most. The reason I asked this is because we were planning on sending clothes and things for survivors of the disaster, but there was no where to put the things when they arrived. It was necessary to know what was needed in the affected areas. The mayor said to me they needed a hospital. We gathered funds from Japan, Singapore, and the Philippines to build a hospital. I felt that with international cooperation, it is difficult to understand the situation without visiting the site to understand what’s going on. Not only gather information, but to do, to act.

Another important thing is having a tolerant heart. It is important to not keep insisting that your opinion and thinking is right, but to listen to what the other person is saying and try and understand what they are thinking. I hope that university students will go about with a kind heart, and contribute not only to Japan but to the rest of the world too. 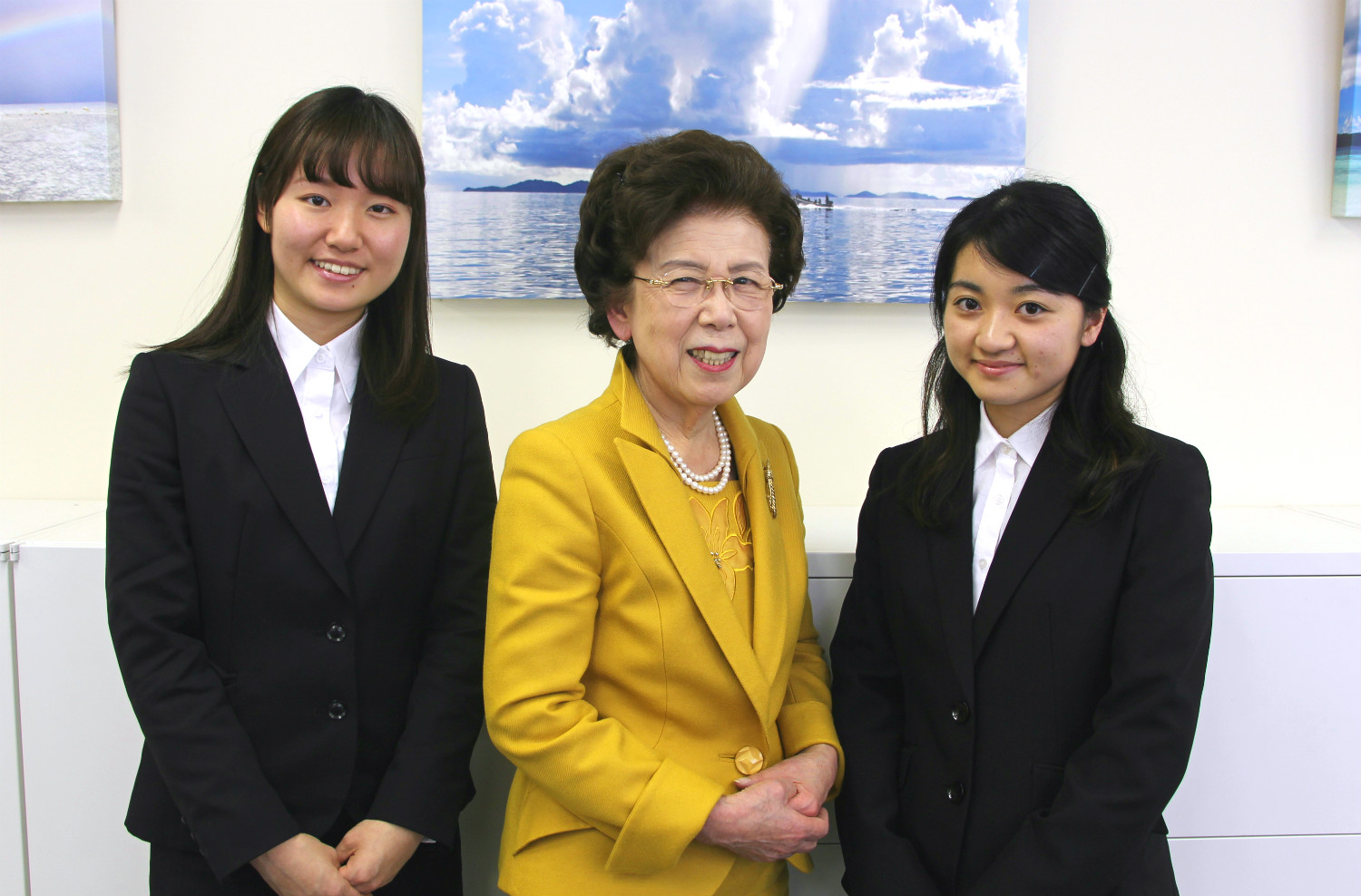