News from Haiti Vol. 1: About the Republic of Haiti 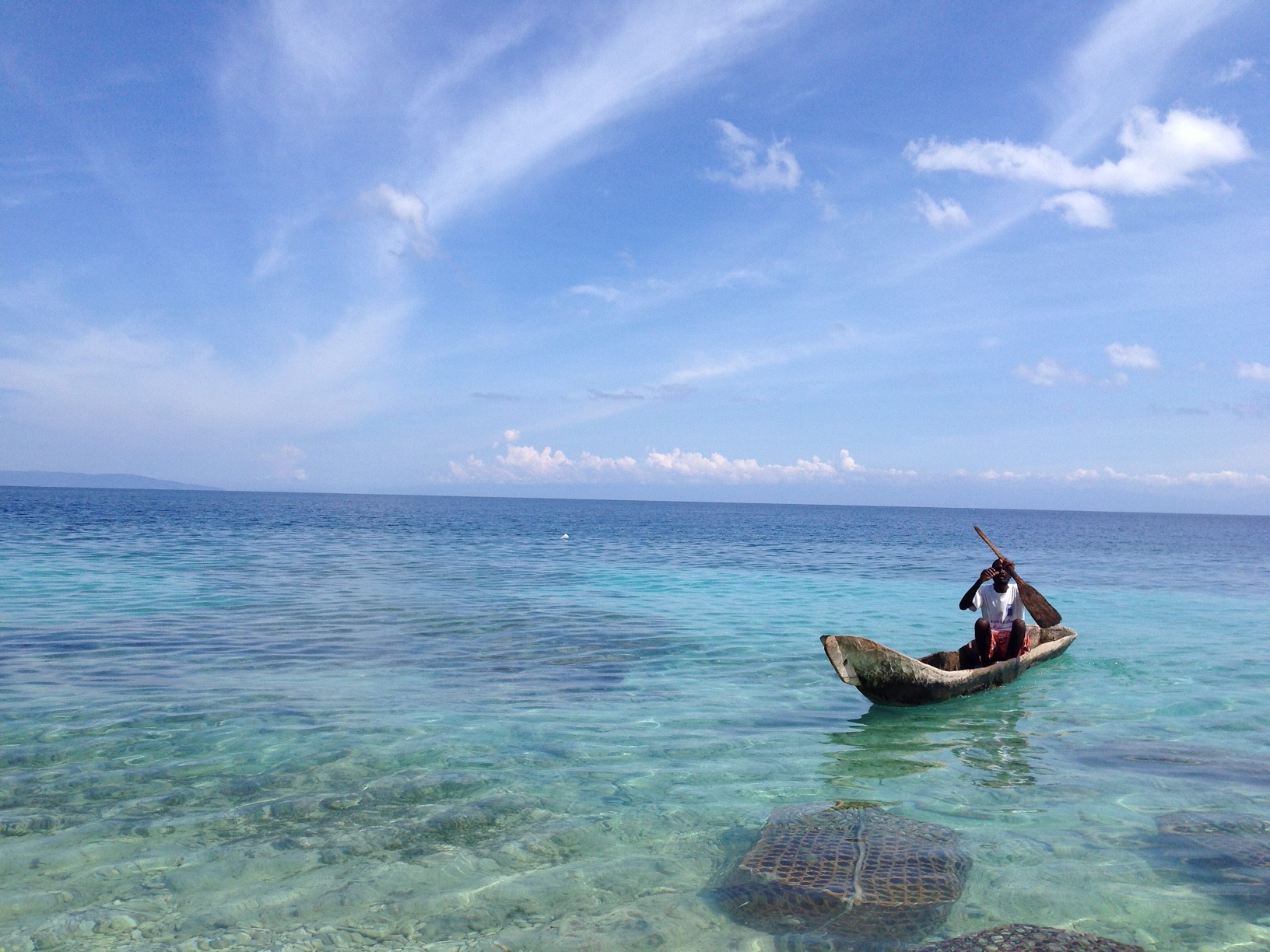 Starting with this volume, we will be uploading columns on the Republic of Haiti (referred to as Haiti). Haiti may not be a very well-known country in Japan, but chances are you’ve heard of it somewhere in conversation, in the news, etc. like the Haiti Earthquake of 2010 and Hurricane Matthew in 2016 both caused substantial damage to the island, receiving lots of press coverage. The media also covered ways to support Haiti in the aftermath of these disasters; maybe you’ve heard of the Haitians have been very active in variety of domains in the international community? Or maybe about the Voodoo religion, Haitian art, Haitian coffee, Caribbean cruising or the ingredients of orange liquor like Grand Marnier? Haiti and Haitian culture is more prominent than you may be aware of.

Haiti shares the island of Hispaniola with its neighboring country Dominican Republic to the east, Haiti to the west. Across the sea to the northwest is Cuba, and to the southwest is Jamaica. 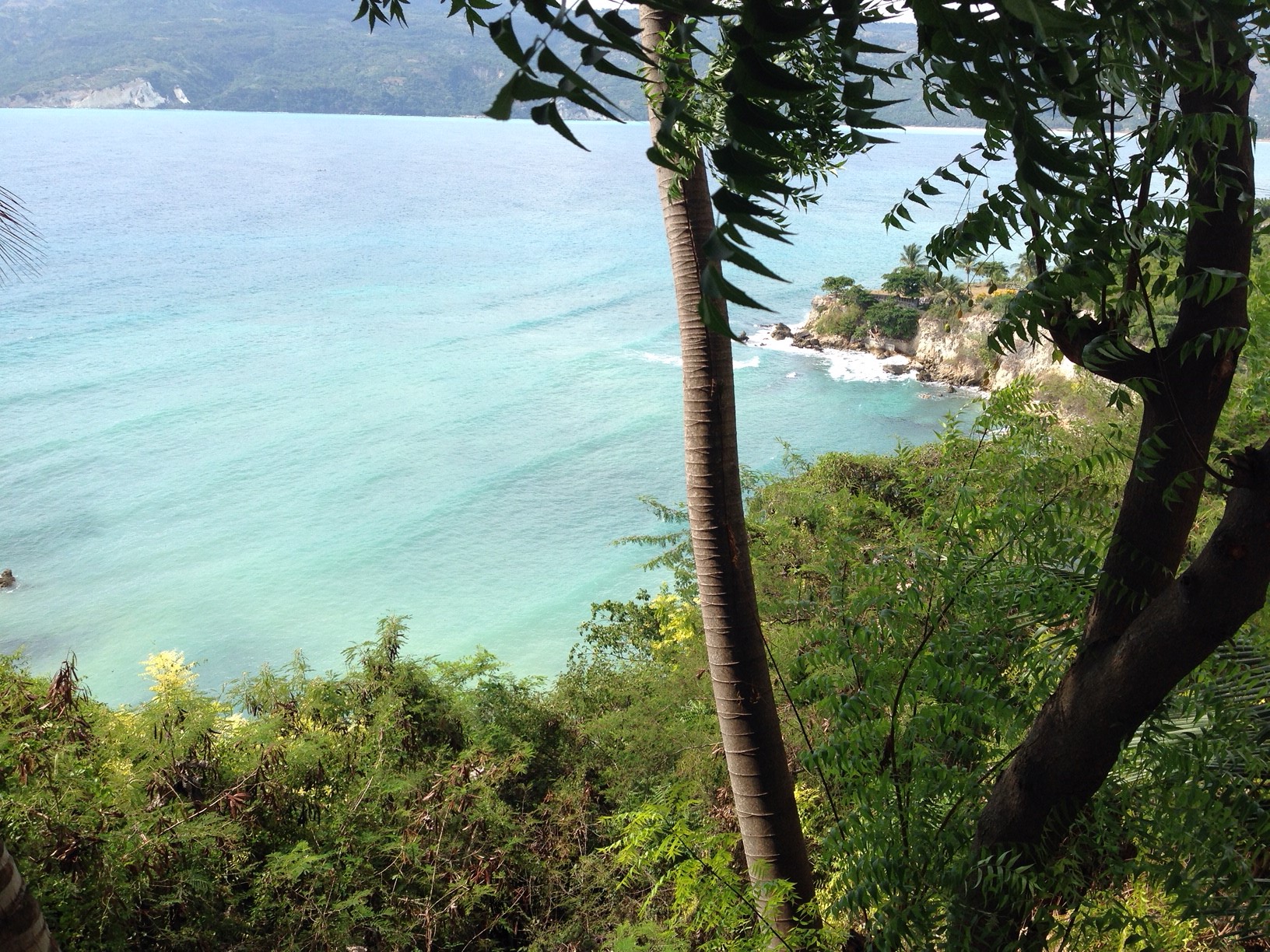 ◆"The Pearl of the Antilles”

In its past Haiti was nicknamed “The Pearl of the Antilles”; nowadays the tendency of headlines read “The Poorest Country in the Western Hemisphere”, “Scars of the 2010 Earthquake”, and recently President Trump’s remarks about the island have put the country and its people rather in a negative light.

In order to understand Haiti it is imperative to know about the numerous trials and tribulations it has gone through in its history. To take a brief look, Columbus and other Spaniards reached the island of Antilles (Hispaniola Island) in the 15th century, colonizing the island and putting the native residents to work to the point of eradication. Later, the French government received part of the western island under an agreement with Spain, and the elite French ruling class started using African slaves in place of the eradicated native island dwellers. Coffee and sugar plantations were dependent on the slave system for manual labor.

At one point in its history, Haiti made up of 40% of all sugar imports to Europe, and up to 50% of coffee production in the world. This is how the prototype of the future Haiti was made, but in fact “The Pearl of the Antilles” was not a name that Haiti gave itself after colonization, but rather a name given to it by its Settlers at that time.(but It is nice to find that it regained it appreciation by Haitians themselves from certain time, and you could find it in Car Number Plates, showing the Silouette of the country with the word " La Perle des Antilles"). In addition, many of the surnames of Haitians originate from prenames (during the slavery period, it was common that they were only having first names. After slavery ended, many have chosen their first name as their last name (for example, Joseph, John, Pierre, Louis, etc.). As such, the meaning and weight of history can be felt to this day.

After a long period of suffering under slavery, in 1804 slaves of African descent and persons of mixed heritage (Mulatto) started a fierce battle for independence and won, and Haiti ultimately became the first Black-governed Republic in the world. The phrase “l’Union fait la force” is French for “Unity is Strength” and is the national policy and is included in its coat of arms.

After engraving the glory to the human history by winning freedom and independence from its colonizers, Haiti has not had an easy going. To give a brief history, Haiti was forced by France to pay for the compensation of huge loss ot the production and benefits from the colony. It was later plagued by an unstable internal government, and was occupied by the United States trying to protect regional stability. Another devastating period in Haiti’s history is the Duvalier Dictatorship, where many of the country’s top intellectuals and engineers evacuated the country. Following the brutal dictatorship, Haiti suffered another period of unstable government, which lasted until recently. On top of this, Haiti also suffers from destructive hurricanes, floods, earthquakes, and other natural disasters, giving way for socio-economic chaos. 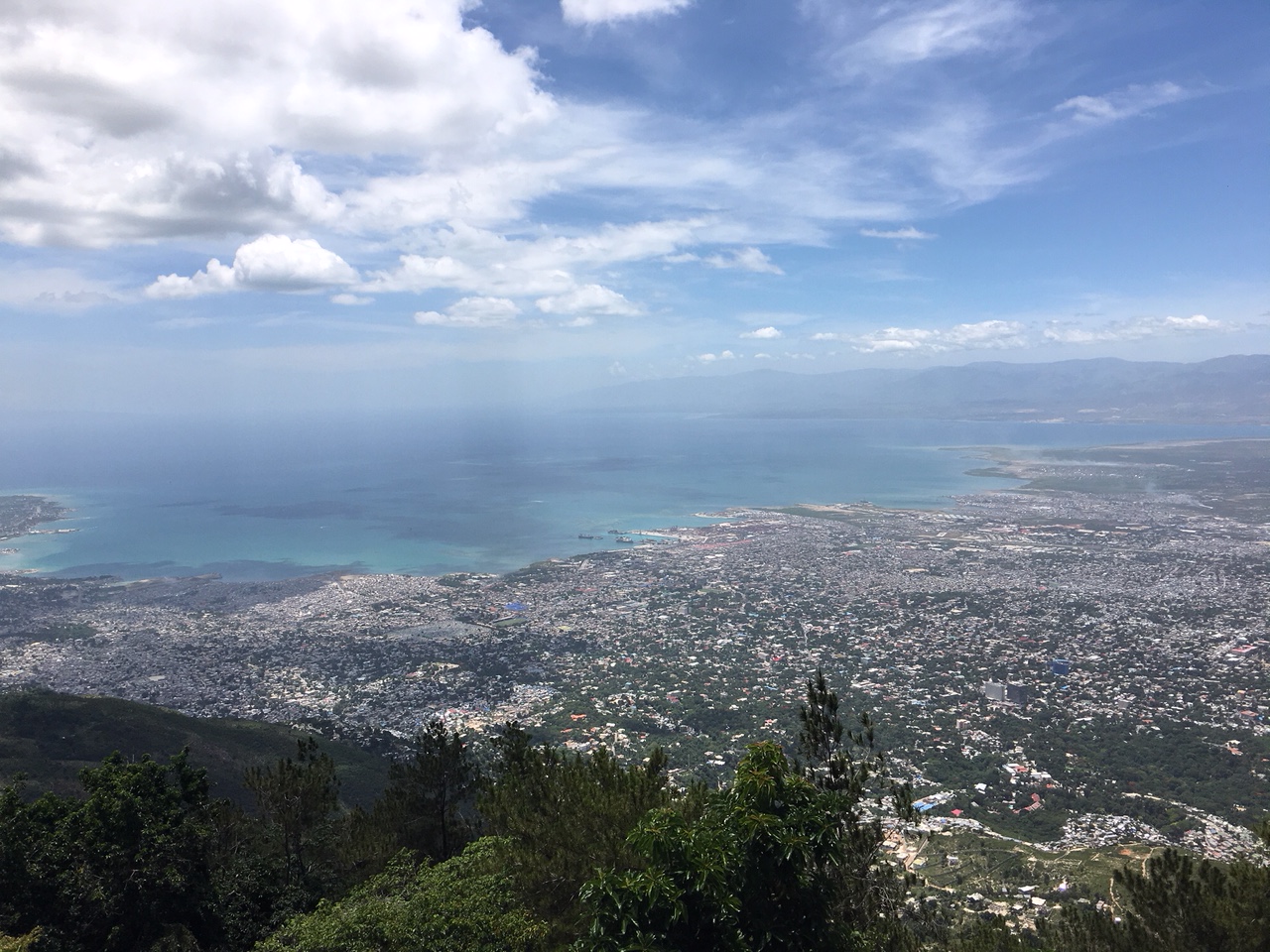 ◆The Poorest Country in the Western Hemisphere

Let’s take a look at the current Haiti and how is the country like. Firstly, after looking at data and other socio-economic factors, the label “the poorest country in the Western Hemisphere” is not a lie. Looking at data from the World Bank 2016, the GNI per capita was at USD $780, which might not seem like a lot, but when we take a look at the poverty headcount, as of 2012 59% of the population (6 million people), and 24% (2.5 million people) work for under USD $1.23 a day, shedding light on the seriousness of the situation. Haiti’s food self-sufficiency rate (farming) is around 45%; this leaves Haiti no choice but to import not only foodstuffs but also building supplies, clothing articles, cell phones, electronics etc. whatever needed to have daily life.

Furthermore, due to political instability in recent years, the local currency the Gourde has fallen drastically against the US dollar. Dependence on imports caused a high rate of inflation within the country which is more than 10% compared to previous years, adding a slap in the face to a population already in dire circumstances.
To add insult to injury, there is a large disparity of wealth with a serious degree of poverty, which in addition to other factors has created slums mainly in urban areas. In the capital area, there are a number of slums that have become lawless areas and a hotbed for gangs and criminals, affecting the safety inside and outside of the slums. The high rate of crime and the lack of respect for human lives oozing out of these slums causes the wealthy neighborhoods to worry about their safety even during broad daylight. Naturally, it is easy to imagine how these slums have a negative impact on economic and social areas.

When visiting the capital area (author included), people will see and feel the unbalanced, two-speed socio-economic situation. First off, in a city of 2 million people, the capital Port-au-Prince has no water supply and sanitation systems; power supply is irregular with sometimes only two to three hours a day, and the amount of garbage on the ground far surpasses the garbage collection facility and ability. Freely grazing pigs, goats, roosters, sometimes cows walk alongside humans going down the street, and add to the mixture stray dogs. There is a large difference between paved streets and unpaved streets, which makes four-wheel-drive vehicles (Japanese makers are especially popular) and pick-up trucks the choice of car in the city. All of this is a quite a sight to behold, especially for those who have just arrived.

On the other hand, the wealthy upper class live a life of the same standards as Western countries, with mansions, expensive cars, amusement facilities, restaurants, shopping at Western luxury brand stores, and buying imported items, even with highly shifted price tags than anywhere in the world. Once your eyes get used to the scenery, you will notice that the upper class’ lifestyle stands out, mainly because these areas are protected by high walls/fences and security guards carrying shotguns.

Along with the difficult economic and social situation, Haiti was struck by a magnitude 7 earthquake in January 2010. The wounds are gradually healing, with only a few exceptions like government buildings / functions still not fully up and running; the reconstruction phase is mostly over and returned to the mid to long-term development phase, with resident’s daily lives and school lives back to normal, and new buildings for shopping, restaurants, etc. are either already completed or under construction. Following the earthquake in 2010 was the destructive Hurricane Matthew in October of 2016. Matthew struck the southern part of Haiti, destroying the granary district, but this area, too, now is slowly recovering.. 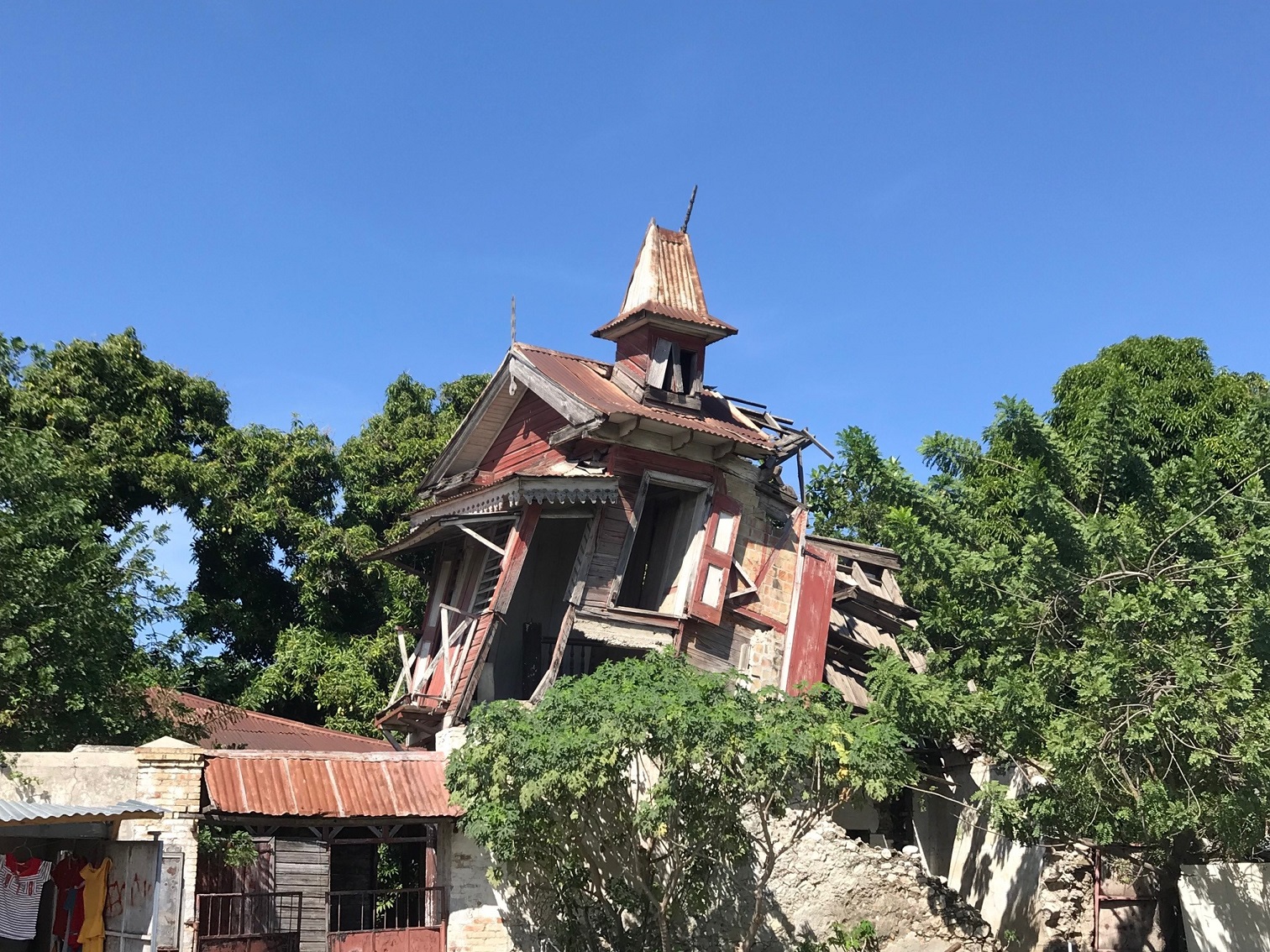 ◆The Birth of a New President

In February 2017, after a long presidential race, H.E.Jovenel Moïse was elected as the new president. Once in office he immediately started a new national development plan. Furthermore, the United Nations peacekeeping mission, Stabilization Mission in Haiti (MINUSTAH) left Haiti after 13 years in the country, leaving behind a smaller after-mission. These positive signs indicate that Haiti is changing for the better.

As you have read, Haiti and her people have gone through innumerable trials and tribulations, but her strong and energetic people have persevered. Haiti is not simply a Caribbean paradise, nor simply a country engulfed in poverty; in next time’s article I would like to introduce the social life of Haiti and its people and continue on this theme with the following articles.