On September 27th, 2018, the 3rd Caribbean Environmental Seminar was held in Trinidad and Tobago.
The Association for Promotion of International Cooperation (APIC) together with Sophia University held the third Caribbean Environmental Seminar in Trinidad and Tobago at the University of the West Indies (UWI) St. Augustine Campus. This is another seminar in the environmental series, with other nations such as Palau (August 2015), Jamaica (October 2016), Marshall Islands (March 2017), Barbados (September 2017), Micronesia (March 2018) also hosting the seminar. The lecturer was Sophia University Graduate School of Environmental Studies Professor Anne McDonald. 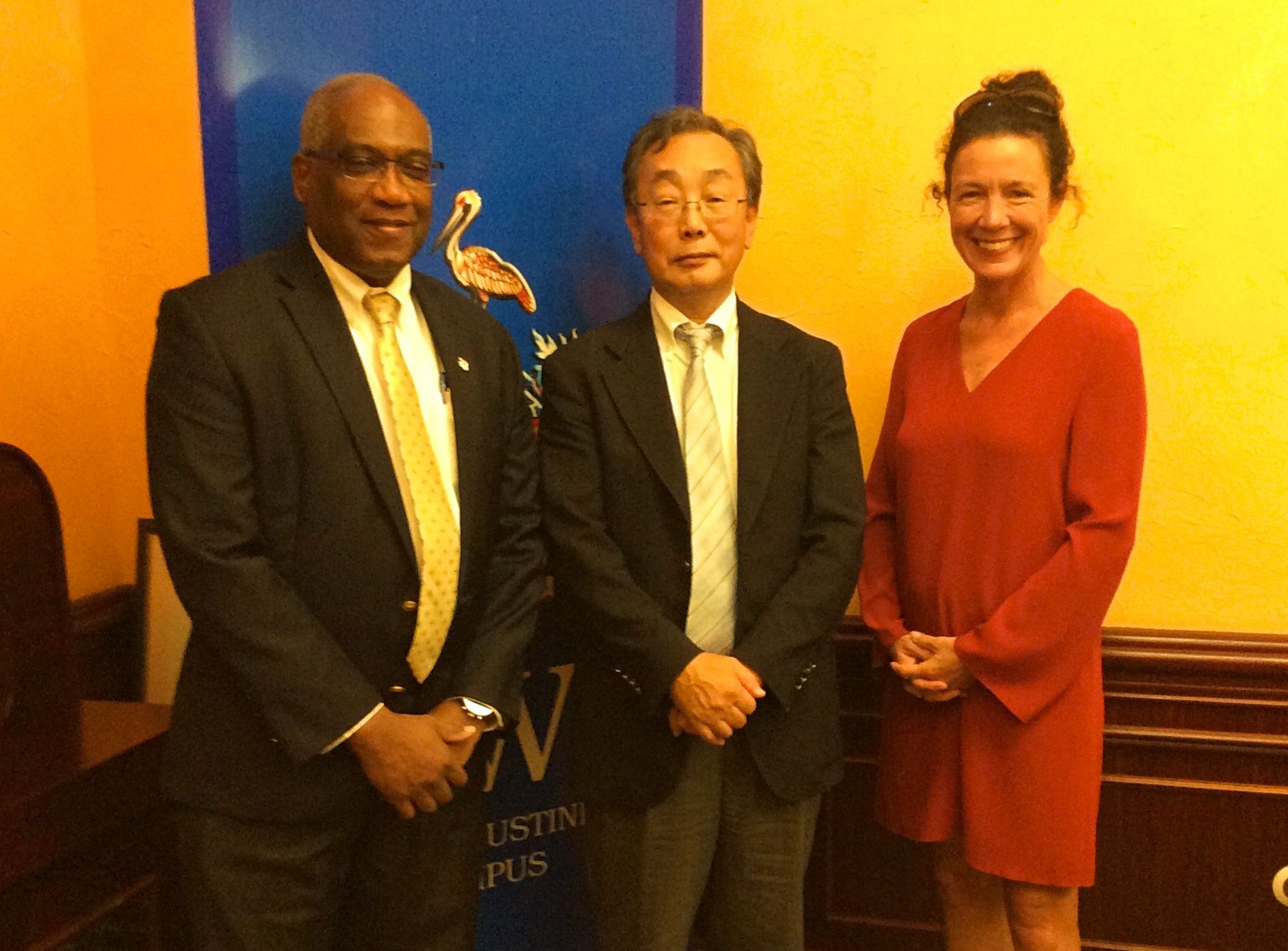 This year’s project was launched with the aim of exposing exchange students to Japanese traditional culture by seeing, experiencing, and interacting with local residents; the Sawara Fall Festival is designated as a UNESCO World Intangible Cultural Heritage. The students had a fun-filled day taking part in Japanese traditional culture, such as watching the floats, talking with Sawara high school students, visiting the historical section of town by boat through the canals, experiencing hand-pulled floats and ‘kushiyaki’.

The UWI gave a request for a lecture on the topic of ‘Disaster Management Strategies’, and Prof. McDonald gave a lecture in which she talked about her own experiences helping fishing villages in the Tohoku region of Japan recover after the March 11th earthquake and tsunami in 2011, and how the villagers and local residents came together to pull through and regain their footing. After the approximate hour and a half lecture, there was a Q&A session which revolved around questions regarding reconciliation in the community in the case where orders and advice from the government and specialists differ from those in the community in times of natural disasters. Participants in the seminar were surprised to hear that in times of disaster in Japan, local residents keep their calm and stay orderly, bonding together to help rebuild their community, something that seemed to be unimaginable to them.

In conclusion of the seminar, Dr. Gobin told the audience that “this is exactly what we wanted to hear about. This is not the end, but this is the first step in cooperation with Sophia University.”

The day before the seminar, Professor McDonald held a one-hour workshop for UWI engineering professors where she showed pictures of the 3/11 tsunami aftermath and talked about how the residents cooperated to take rebuilding into their own hands. In Trinidad and Tobago during times of natural disaster, many people act on their own behalf and of others; the professors were surprised to hear that Japanese act in unison even in such trying situations. 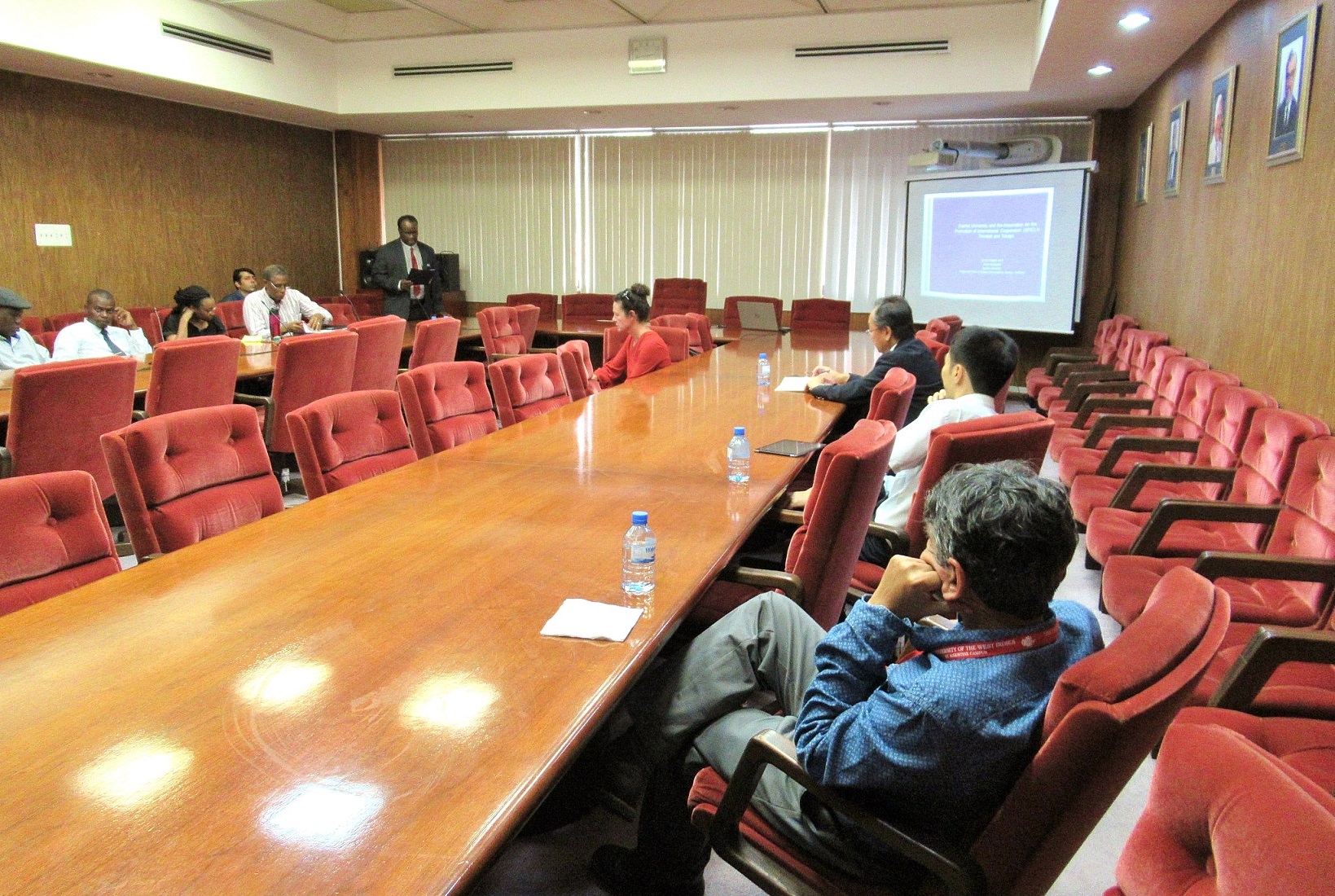 Professor McDonald also took this opportunity to talk about how she started working in Japan, how Japanese fisherman and farmers are adjusting to climate change and other topics to about twenty young employees of ACS (The Association of Caribbean States; made up of twenty-five Caribbean nations and has a larger participation than the fourteen-country CARICOM) for a two-hour session. 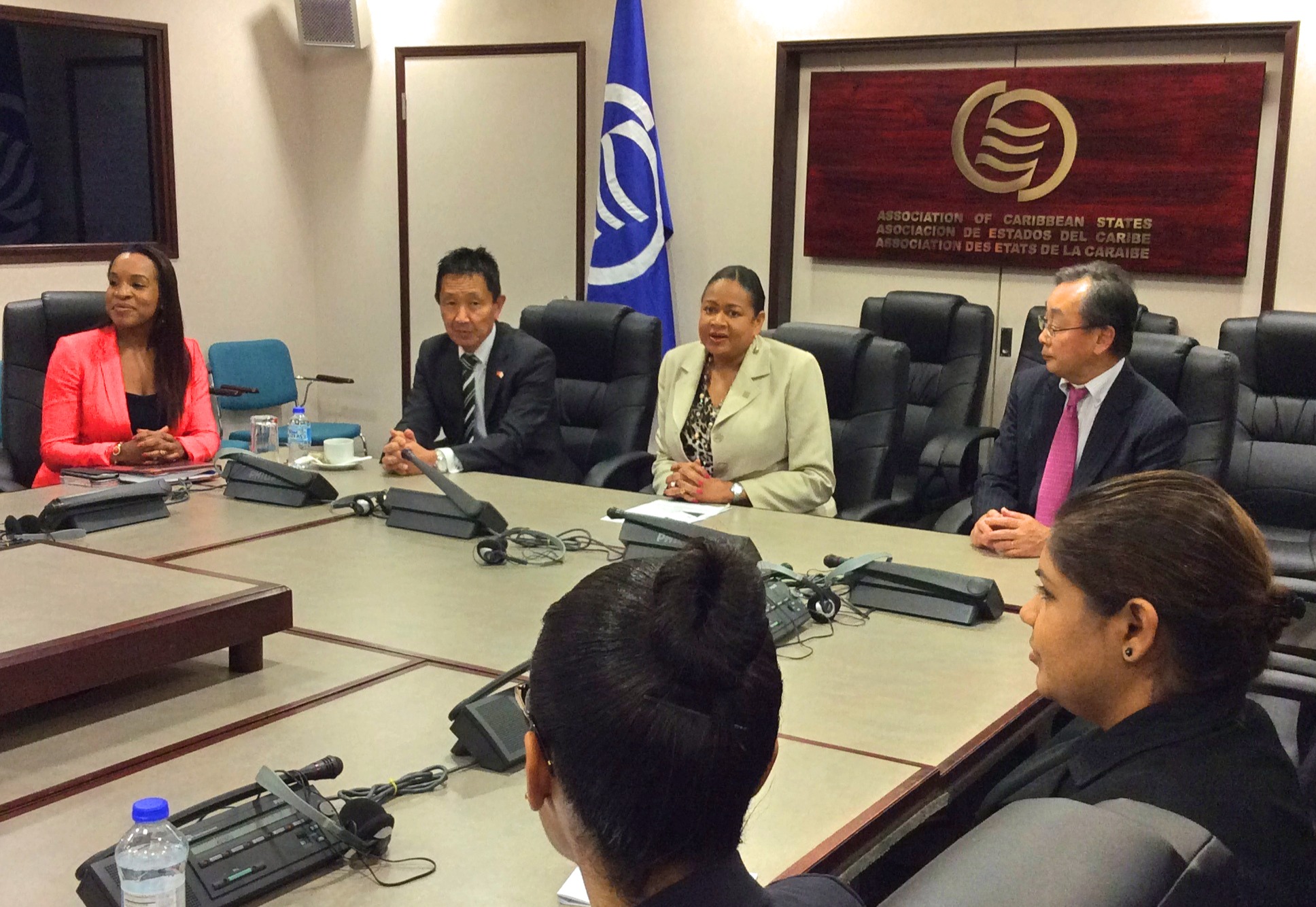